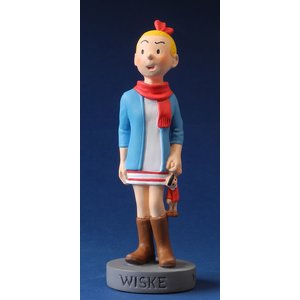 Edition information:
-Figurine of Wanda (Wiske) in the new style, as in the new albums from 2017.

Willebrord Jan Frans Maria (Willy) Vandersteen
Antwerp, 15 February 1913 (Edegem) - 28 August 1990
Was a Belgian cartoonist.
He is best known as a creator and original draftsman
from the comic series Suske and Wiske, where he lived until
the sixtieswas closely involved.